Since its launch in 2019, the Santa Cruz Heritage Project’s flowing recycled water has created a welcome urban habitat for the return of native insects, birds, wildlife, and vegetation. The Safe Harbor Agreement brings together the City, the Arizona Game and Fish Department, and the U.S. Fish and Wildlife Service to implement strategies to protect the Gila Topminnow and pupfish within the Heritage Project. 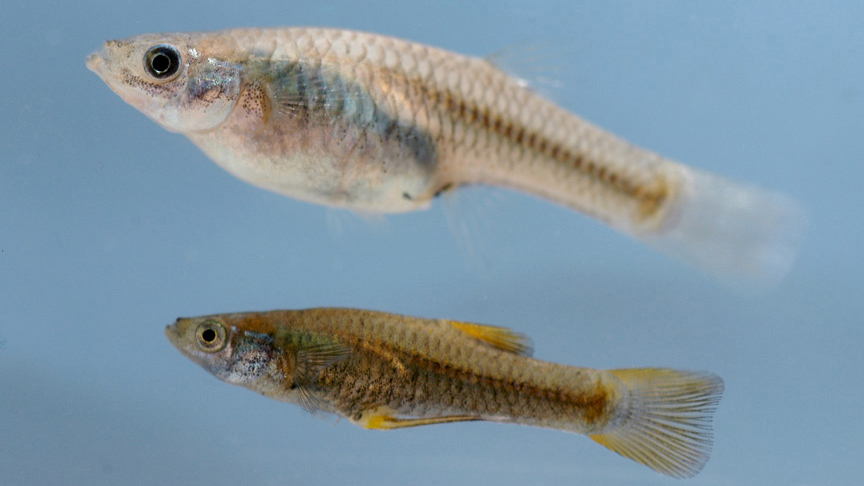 Local researchers, environmentalists, and conservationists have reason to be optimistic that the Santa Cruz Heritage Project will offer up conditions for the Gila Topminnow to return and thrive. The fish have already returned to downstream portions of the Santa Cruz River where Pima County’s wastewater facilities discharge highly treated wastewater into the river.

Historically, the topminnow were the most abundant fish in Southern Arizona. The topminnow population has steadily declined since the late 1800s due to the loss of habitat and the introduction and spread of non-native fish species.

The tiny topminnow spends the majority of time close to the water’s surface, feeding on small aquatic and terrestrial invertebrates, including mosquito larvae, the potential source of West Nile and Zika viruses.

This article appeared in the August 2020 edition of Water Matters.

Want to be friends with YOUR water? Find us on social media.